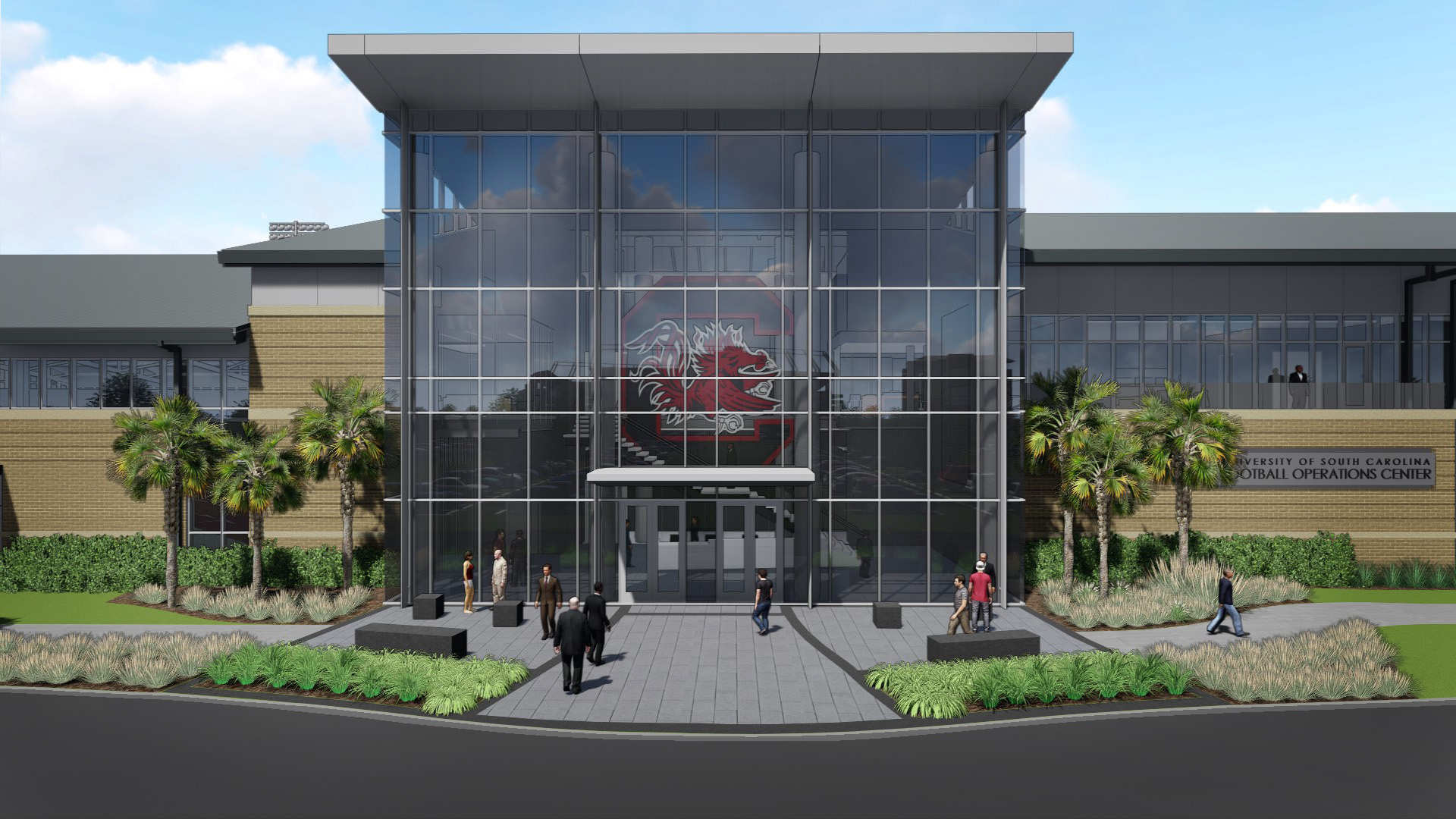 COLUMBIA – One wall, complete with rebar and temporary wooden construction platforms, has risen. South Carolina’s $50 million football operations building – called “a game-changer" by coach Will Muschamp – is in the very early stages of taking shape.

Construction and renovations have been a consistent part of USC athletics over the past decade, and while there’s always something else to do, major projects have an end in sight. What won’t end is the across-the-board success of the Gamecocks’ teams, or at least that’s the plan now that USC has caught up or in some cases surpassed the rest of the SEC or Power-5 schools.

“I would say the last decade, the success that we’ve had in multiple championships, including multiple conference and national championships, has been unprecedented in the history of the university,” said Chuck Allen, a Board of Trustees member, former football captain and 2017 inductee in the USC Athletic Hall of Fame. “It’s extremely gratifying as an alumnus. I came here 40 years ago, but I always thought this university, athletically speaking, was a sleeping giant.”

A project that began with the Dodie Anderson Academic Enrichment Center has touched nearly every sport, constructing new buildings or dressing up some of the older ones. The football ops building is the last piece of the puzzle (set to be finished midway through the 2018 season) and then USC can look around and see where it stands.

It’s forever an arms race, particularly in college football, and all geared toward recruiting. What stands out to the future players? What is that school up or down the road doing?

Those window-dressing details will be the next phase of USC’s athletic life, while fans hope the wins continue to mount.

“It is one of my personal goals as a member of the leadership team to win the national title in football,” said Allen, defensive captain in 1980 when offensive captain George Rogers won the Heisman Trophy. “Remember, just a few seasons ago we finished fourth in the nation after several years of top-10 finishes. After the current restoration is complete, it is my firm expectation to be a national contender again.”

Williams-Brice Stadium has a few more bells and whistles these days, a new Block C logo on the back of the south end zone and a tricked-out recruit entrance. More graphics and logos for the concourses are on the way.

Colonial Life Arena just finished a $4 million project installing a new scoreboard and surrounding ribbon boards, and an indoor track under the roof of the former indoor football fieldhouse is nearing completion. When all of these projects began over a decade ago, many looked at USC’s spotty athletic achievement record and wondered if it was all worth it.

The Gamecocks have seven team national championships in their history, and six have been won since 2005.

Allen credited the leaders and decision-makers for making solid investments and wisely using the resources USC has. Before, the Gamecocks seemed content to wallow in melancholy, accepting “the Chicken Curse” as real. Since breaking through, USC has come to expect grand success.

“In the past, I think we kind of self-imposed some limitations due to the mentality. That’s been removed,” Allen said. “Expectations affect outcomes. For a 40-year observer, it’s a striking difference. We used to be so filled with self-pity.”

The Gamecocks’ last two basketball seasons, featuring two Final Fours and a national championship, are credited with driving freshman enrollment up by nearly 700 students this year. USC is bustling along the path toward someday reaching an enrollment of 40,000. Allen, who came to USC in 1977, sometimes has to pinch himself about the level of athletic excitement that exists, when frankly, it didn’t for so many years.

“I’m excited about our future and the leadership under our new chairman, John C. von Lehe Jr.,” he said. “Resources are very important, the leadership has been excellent, and I would credit the leadership of the university with making good decisions and doing a very good job. They’ve done a better job of managing even when there’s adversity or there’s difficulty or challenges, and there’s been better decisions.”